Residents rally against rail over road 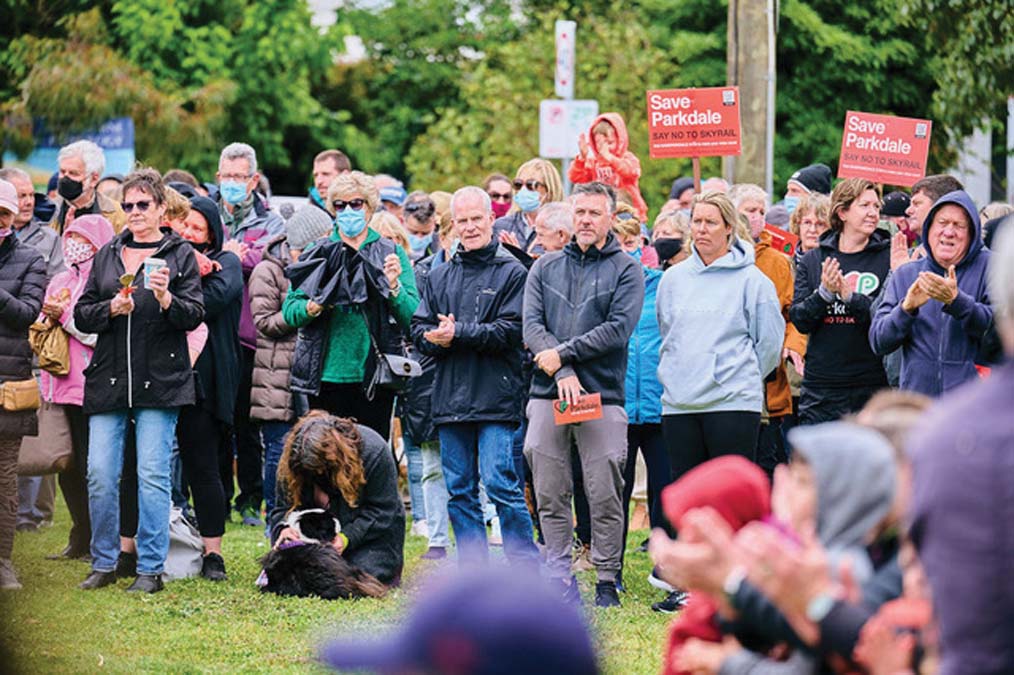 HUNDREDS of residents have gathered to rally against plans to build rail over road in Parkdale.

Earlier this year, the state government announced that it had chosen rail bridges as its preferred option to replace level crossings at Warrigal Road, Mentone and Parkers Road, Parkdale. Those plans have been slammed by residents and Kingston Council, who are concerned about the impact of the rail bridges on the local area.

A rally was held in Parkdale earlier this month, where hundreds of protesters turned out to demand that the state government scrap the rail over road plan.

Dave Harrison from resident group Save Parkdale says that the rail project will “destroy” the look of the local area. “At Parkdale’s heart is a unique village vibe, created by the vintage shopping strip and 100 plus-year-old train station. A skyrail not only destroys that aesthetic but creates permanent shading across all houses and shops along Como Parade West. This dominating structure will reign over our vibrant community hub,” he said.

An online survey conducted by Kingston Council found that 76 per cent of residents wanted a rail under road solution at Parkers Road and Warrigal Road. At their September meeting, Kingston councillors agreed to write to the transport infrastructure minister and the Level Crossing Removal Project to ask for plans for “meaningful consultation on the proposed level crossing removals and make public engineering reports” (“Council urges rail under road option” The News 13/10/21). The Save Parkdale group also says it is concerned about the consultation process.