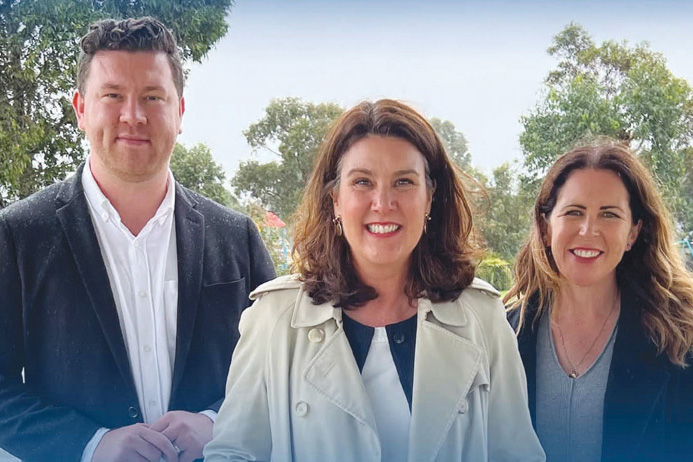 THE federal government has committed $2.6 million to the planned upgrade of Sandfield Reserve.

The Liberals committed to the Carrum Downs project last week. Sharn Coombes, the Liberal’s candidate for Dunkley, visited the reserve with senator Jane Hume to announce the funding.

The announcement follows a similar commitment made by federal Labor earlier this month. The opposition pledged $1.3 million to the Sandfield Reserve upgrade.

In a statement on social media Ms Coombes said she was “thrilled to announce the federal Liberal government’s planned $2.6 million dollar upgrade of the Sandfield Reserve in Carrum Downs”.

“This upgrade is part of my local plan and will revitalise the Sandfield Reserve, turning it into a bustling community hub for all ages and abilities,” she said.