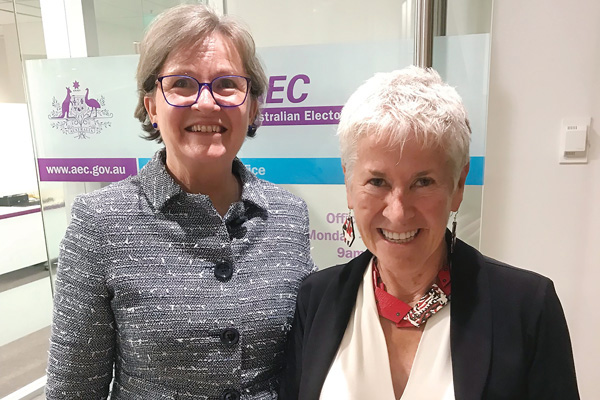 FORMER Frankston mayor Christine Richards has announced a late bid for a spot in the Senate.

Richards was a last-minute addition to the ballot for this weekend’s federal election. She has joined Susan Benedyka on the ticket, a founding member of Voices of Indi.

Richards said she won’t get enough votes to win but hopes to increase the chances of Benedyka being elected “in a system that’s biased against independent voices”.

Another former Frankston councillor, Rebekah Spelman, is on the ballot for the United Australia Party in the seat of Aston. The electorate is currently held by Liberal MP Alan Tudge.